Winter is the fastest-growing camping season, increasing by 40.7 percent since 2019, according to The Dyrt, a number one camping app with the most active camping community in the world. Results from a survey of over 3,000 users of The Dyrt indicate camping is increasing in popularity throughout the year, but the most significant change has come in the coldest months.

“For some people, solitude is one of the things they love most about camping,” says The Dyrt CEO Kevin Long. “With the surge in camping over the last two years filling up campgrounds, more and more people are realizing that there are amazing camping experiences to be had all year round. A lot of campers are currently busy planning trips for 2022, but many are out there right now braving the cold and finding their peace.”

The Dyrt recently added commission-free bookings for campgrounds so that its million registered users can instantly book camping on the platform. “One of the things we’re hearing from campground owners is that they want to extend their season,” says Long. “Fortunately, it seems The Dyrt community is on board.”

“We committed to camping at least once a month for the whole year,” says Jeremiah Fishell, a registered user of The Dyrt from Riverside, California. “We have a young daughter and want to pass on our love of camping. If we know some place is normally crowded, we try to do it during the wintertime so it will be less crowded. Like Yosemite. Yosemite is just gorgeous during the winter. It depends on where you go during the winter, sometimes you have the whole campground to yourself.”

“I loved camping as a kid and got back into it as an adult a few years ago when I had a really high-stress job and needed to unwind,” says Jason Balfour, a registered user of The Dyrt from Portland, Oregon. “It wasn’t enough just to camp when it’s warm. I already had the canvas tent and I already had sleeping gear. You truly don’t get a much better solitude than camping in the snow with no one around.”

In addition to the drastic increase in winter camping, the other seasons have also seen a bump. Since 2019, camping in the springtime has gone up by 27.7 percent, fall saw a 15.1 percent increase and summer, already the most popular camping season, rose 2.3 percent. 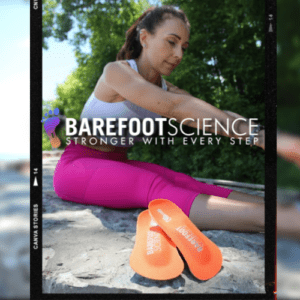