A new architectural installation designed to inspire visitors to seek solitude and reconnect with the natural world has been commissioned, following a nationwide design competition named The Beacon Project, for the UK’s most remote inhabited island, Foula.

The island, located 20 miles off the coast of Shetland and home to just 28 residents, will provide a home for the “beacon”, entitled The Pilgrim Stones, by architect Kevin Kelly of Kevin Kelly Architects.

The installation, commissioned by leading outdoor footwear Merrell brand to promote the restorative effects of the great outdoors and the benefits of nature on mental wellbeing, is set to be unveiled in early Autumn.

The design draws inspiration from early visitors to Foula and its rich heritage. Since Neolithic times people known as Peregini, Latin for “Pilgrim”, have visited the island. These people navigated by the stars, built in stone, and sought solitude on this remote island.

Kelly describes The Pilgrim Stones as “a testament to the act of re-orienting the mind and body in the outdoors” as the design sees six interconnecting wet cast stones “create framed views to provide privacy for bird watchers and curated glimpses of the environment”.

The architect explains the design’s openings as “arranged to map the heavens, daytime views of the North Star, and the sun’s path” whilst its interior is “a serene and composed space” and designed to keep users “safe in the knowledge they are protected during a storm – physical, emotional or otherwise”.

The structure has been created to complement its remote natural surroundings and is to be constructed using sustainable materials.

Simon Sweeney, marketing manager at Merrell who commissioned the project said: “Sometimes we just need to escape the stresses and pace of modern life by disconnecting from it and tuning into the natural world. The Pilgrim Stones offer the perfect antidote by providing a sanctuary where people can be immersed in nature and spend time appreciating and benefiting from it.

“It’s no secret that time spent in the great outdoors has a multitude of benefits both mentally and physically, so we hope the project inspires others to take a moment to slow down, connect with the world around them and reap the rewards.” 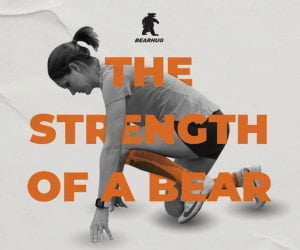